Posted on November 13, 2011 by timothydenherderthomas

As the federal government eyes a shutdown and Minnesota cautiously creeps towards the end of its state-level closure, the underlying questions remain unanswered:

For the neighborhoods around Midtown in South Minneapolis, where the recession has left unemployment edging towards 40%, foreclosure running rampant, violent crime rising, and neighborhoods and community organizations struggling with funding cuts, these questions are at the fore. Things have always been challenging here; absentee landlords control much of the housing, and a large portion of people’s income leaves the community to pay for goods and services elsewhere. Many local residents (the area is primarily low-income, people of color, and has many recent immigrants and non-English speakers) feel they have little agency in corporate and governmental decisions affecting the neighborhood.

In times of crisis, communities can turn against each other in a desperate attempt to protect what remains, or towards each other to work together to create new opportunities and long term solutions. In the Twin Cities Summer of Solutions, we’re helping the community use the opportunities that clean energy and energy efficiency provides to make the latter choice. Scaled up, we hope this work may serve as an example for a world facing challenging times. 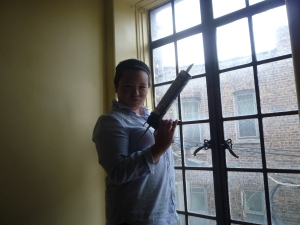 The seven neighborhoods (over 13,000 households and over 500 businesses) we’re focusing on together spend over $63 million each year paying for electricity, heating, and gasoline – that number will only go up as prices rise. That money is creating few local jobs – the majority of it pays for coal mining, oil drilling, natural gas extraction, power plants, natural gas pipelines, and more. I don’t need to recite the list of problems these things create for both the local community already plagued with asthma and other respiratory illnesses and for our broader nation and planet. 30-80% of this $63 million/year  can be avoided through behavioral changes and available technologies that pay for themselves, reducing the negative impacts created. Collectively implementing these practices cuts the cost of implementing them (opening access to people and making it easier to finance) and dramatically increases demand for local green business and green jobs, putting people back to work (or into it for the first time). Eliminating those costs helps individuals and businesses balance their own budgets and create new jobs and income. This in turn reduces reliance on public subsidies and increases public income, making economic recovery and fiscal responsibility connected instead of opposed. In doing so, we help create a win-win-win scenario for residents and businesses and across cultural and socioeconomic groups; building community and helping people unite across difference for a common goal.

We believe energy efficiency and clean energy can be a driver for stronger communities and a renewed economy. And more than our belief; we’re making it happen.

In the Twin Cities, we have seven project teams of 4-10 people each working on energy, each of which are doing really amazing things to advance the broader systems change. It can get kind of overwhelming, so I’ll try to keep it simple:

Cooperative Energy Futures (CEF) – this is the energy cooperative that solutionaries including myself founded in 2008+2009 and have been using to explore all dimensions of efficiency business, community organizing, and transforming how business is done around energy. Over the past three years, we’ve cooked up some pretty feisty business models that we’re just starting to draw on. This summer, we have four project teams getting the first stages of these business models rolling: 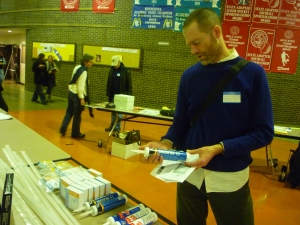 Our Power – is an emerging campaign hosted by Grand Aspirations that is building a broad coalition of neighborhood groups, non-profits, and service providers to help South Minneapolis build a better energy future. Back in 2010, community groups were organizing against an Xcel Energy proposal to build a high-voltage transmission line through the neighborhood. This was causing conflict because many groups, especially in the local business community, supported the line as a solution to the frequent blackouts and power surges that have been costing millions in the neighborhood. Some unity was found around getting the route of the lines moved from overhead along the Greenway, a major bike transit corridor, to underground along 28th street (nearly everyone saw this as an improvement, though some still disagree with the lines at all). As environmental justice groups and local representatives worked to require the utilities to demonstrate that the line was needed, the business and residential community continued to try to figure out how to see eye to eye. In late 2010, I helped facilitate a series of meetings that led to the development of a community energy plan in early 2011 and the growth of a community outreach campaign to get people involved around it.

The Latino Economic Development Center (LEDC) – is a business development organization that helps Latino businesses across Minnesota start and grow. Twin Cities SoS leader Matt Kazinka has been working with them to develop their green businesses for over a year. This year, the relationship has developed into a larger partnership with LEDC creating and administering a survey (in Spanish) on business sustainability for Latino owned businesses, particularly on Lake Street. This will help Matt and LEDC build a green business program to help existing businesses become more sustainable and help new entrepreneurs start green business. Down the line, collaborations with LEDC will also connect with the commercial efficiency services Our Power is coordinating.

Seven teams going full tilt as part of an interconnected system of projects working to shift the energy economy of Minneapolis. It’s a blast.

The best part; I can see the streams of resources emerging that will sustain livelihoods; helping each other cut energy waste, bring energy dollars back to the community, and build a clean energy future. That means that I, the awesome people I work with, and this bold vision of community powered energy have a future.

Timothy is the General Manager of Cooperative Energy Futures and a member of the Community Power Steering Committee. He's all about people power, and being the changes we actually want to see. Timothy has been heavily involved in community development and using climate solutions as incredible opportunities for local economic activity, collective empowerment, and self-determination. He does lots of network building with buddies in the youth movement as well as labor, faith, agricultural, small business, and neighborhood groups.
View all posts by timothydenherderthomas →
This entry was posted in Uncategorized. Bookmark the permalink.